I’ve decided to do a quick summary of recent trips in last few years to catch people up on my travels!

I’m going to start with Tromso in Norway. We decided to go here as after an unsuccessful sighting of the Northern Lights in Iceland, I read that Tromso was more likely to see them. Again everything is weather dependent, but I at least wanted to try – and I got to tick another country off!

We stayed four nights in Tromso, and crammed in 5 different tours! I had booked a private Northern Lihts hunting tour, just for my fiancé and I. I actually booked the guy that was on the TV show with Joanna Lumley, he was such a cool guy and has done so much in his life! we left the hotel at 7pm, and didn’t get back til gone 2am. We drove and drove – we saw a tiny glimmer all night but otherwise it just wasn’t the night. I was bitterly disappointed! But what an adventurous night!

Another tour was Husky Dog Sledding! This was at the Tromso Villmarkssenter. Was the usual pick up and drop off with the bus, and dinner included.

They was Siberian huskies, and we met over 50 dogs! All so friendly. So I chose to be the lazy one, and sit in the sledge whilst my partner did the hard work – and I’m glad I did, he said he was exhausting! But there we was out in the middle of the Artic Circle countryside at night, with 5 huskies pulling us! Was crazy, there are some experiences in life you don’t expect to do!

Another tour the next morning was reindeer feeding and learning about the traditional Sami culture. This one started really early, so was in a huge field feeding hungry reindeer as the sun was coming up! You was given buckets of food, and told to hold out arms length. They were a little scarier than I was expecting, as the antlers are so long and tough and they all butted to get to the food! After you could choose to go ride a quick sleigh ride, and have an attempt at lassoing (not an animal, just a practice target!). Then we had traditional food, and learnt about the culture, with a fire going.

We spoke to another English couple whilst there, and they was saying about their Northern Lights tour, and how good it was! At this point, I had decided to book one whilst we was there and try our chances again!

We booked one for that night, a group bus tour one – with Tromso Safari. And SO glad we did! It was amazing, we drove for about an hour further and further away from the towns and light pollution. We were technically crossing loads of little islands. We even saw a glimmer of the lights from the bus – our guide said this was a very good sign! Our guide was Spanish, and had been living in Norway for just over a year, he loved his job – he was the guide / photographer and he was so excitable.

Finally we got to our destaination, a little island owned by a family for geneartions. There was a small building in which there was unlimited tea, coffee and hot chocolate for us all, and to just generally get out the cold!

I don’t quite know where we was, but it was so dark out, with small hills/mountains all around – I genuinely felt like we was on the edge of the earth! But it was a very good night – we saw the NORTHERN LIGHTS!! They are not as bright as they appear in photos, the camera actually amplifies them, but we saw them! They lasted hours, and they was continually changing, there was different colours, it was magical and its definitely a bucket list item! The guide (who took the below photo) said they was the best of the month!

We also managed to squeeze in one more tour of the morning we left. We always love to go visit breweries, winery’s, distilleries etc. So we visited the most northern brewery in the world! Mack beer. It was more of a micro brewery and the tour was only an hour. We tried a few samples, and they also explained they play different music to each batch. Someone had also painted on each of their beer tanks!

In between tours, we wondered the high street, walked down to the front where some bots were, went to a museum about Norweigian history and I tried some traditional Skolebrod (schoolbread – Epcot fans, you know what this is!).

All in all, I loved Tromso, it was very scenic and if you ever have a chance to see the Northern Lights – grab it with both hands!!

My  last holiday was a Disney Cruise, it was our first ever cruise and nothing short of amazing! We chose the Western Caribbean itinerary, so we stopped at Mexico, Grand Cayman, Jamaica and Disney’s Castaway Cay.

We chose a room with a balcony, to take advantage of the views. So glad we did! The room was plenty big enough for the two of us. I like that we could put the cases under the bed, and the spilt bathroom / shower room. 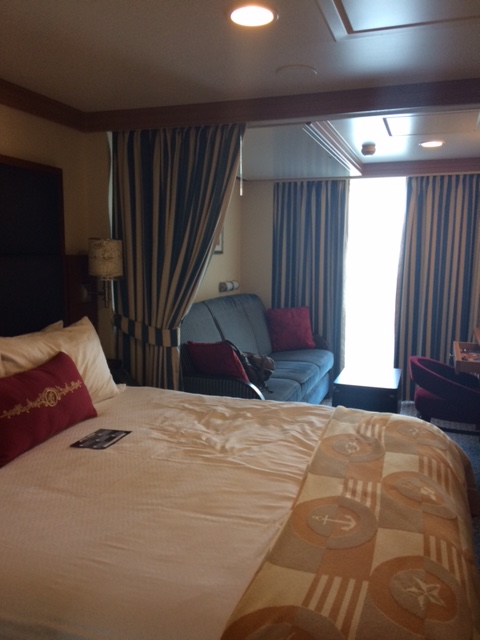 The ship we sailed on was the Disney Fantasy. Just decks and decks of prettiness, and all so well maintained. There wasn’t a speck of dirt or dust anywhere! Cast Members were attentive and reliable, I felt like a celebrity! Your stateroom is cleaned twice a day – including a turn down service, with chocolates and flanimals left each night.

There was plenty to do besides just eat 24/7! We played Shuffleboard for the first time. There was the Midship Detective Agency – I don’t care if it was based for the kids I loved it! There was the pools, films, shows, activities, lounges, Star Wars Day at Sea – and to fit all this in between your Port Adventures! (the activities you book with Disney on your port stops).

All in all, there was not one bad thing about the cruise, and I am wishing and hoping with all my might that I get to go on another in the future! I would love to try all of the ships. Also we went on a Disney cruise as a couple, with no kids. We did get  questioned and people thought we was crazy! But hey, there was 7 lounges, a cocktail of the day, adults only pool and parts of decks…

AND I finally got to visit Castaway Cay – Disneys private island in the Bahamas! Was literally a dream come true. 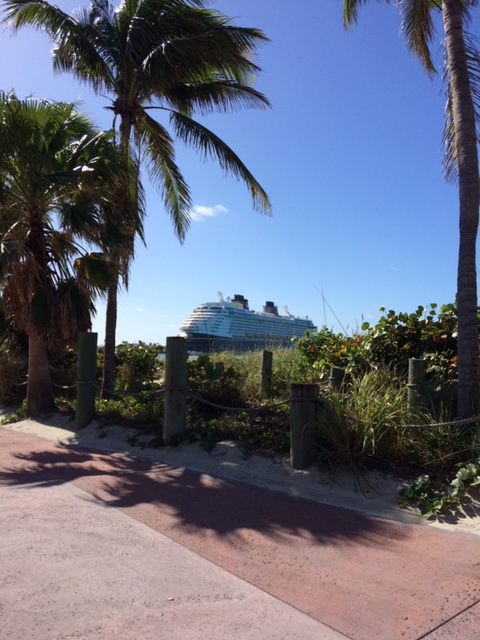 So… here goes. I have read and wandered nosily around other peoples blogs for a while now. After careful consideration, I’ve decided to start my own.

The older I have got, the more I have enjoyed holidays and travelling. Nothing makes me happier than looking, planning and booking a holiday. I think Wanderlust is one of my favourite words, and I love the meaning. So my basis will be that, plus days out on the weekends, reviews and anything that takes my fancy!

One of my favourite places in the world is Walt Disney World, I know it sounds like a cliché… but it is true! I have been visiting since I was 9 years old, I’m now 31! I have a lot of happy memories there, including my surprise proposal in front of Cinderella’s Castle last May!

I have had some amazing holidays over the last few years including Norway to see the Northern Lights, Bruge, Iceland and a Disney Cruise. Maybe I will do individual blogs for each trip.

For now, this is the beginning – and I have a Walt Disney World trip coming up on the horizon!