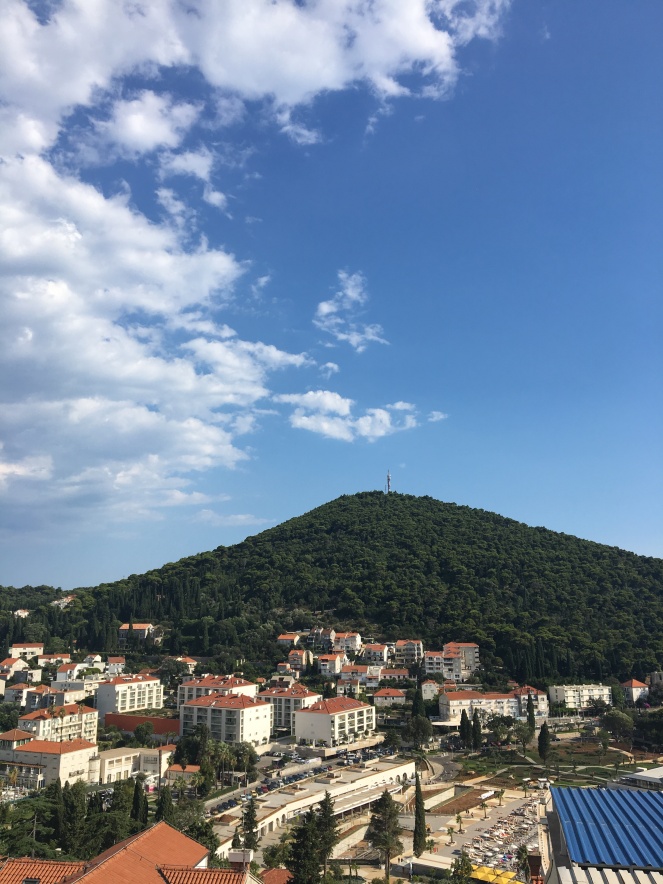 On my last trip which was to Dubrovnik, Croatia. I was looking on my usual – booking.com and found there wasn’t that many hotels. (and also as it got nearer to the holiday, prices increased a lot!)

In Dubrovnik, it was a lot of apartments, villas etc to rent/stay in. Once I thought about it, this trip I didn’t want to stay in a hotel. I didn’t want to be restricted with their breakfast times, and be fighting for a sunbed. I wanted to buy local food and drink, and be on our own time and our own space. 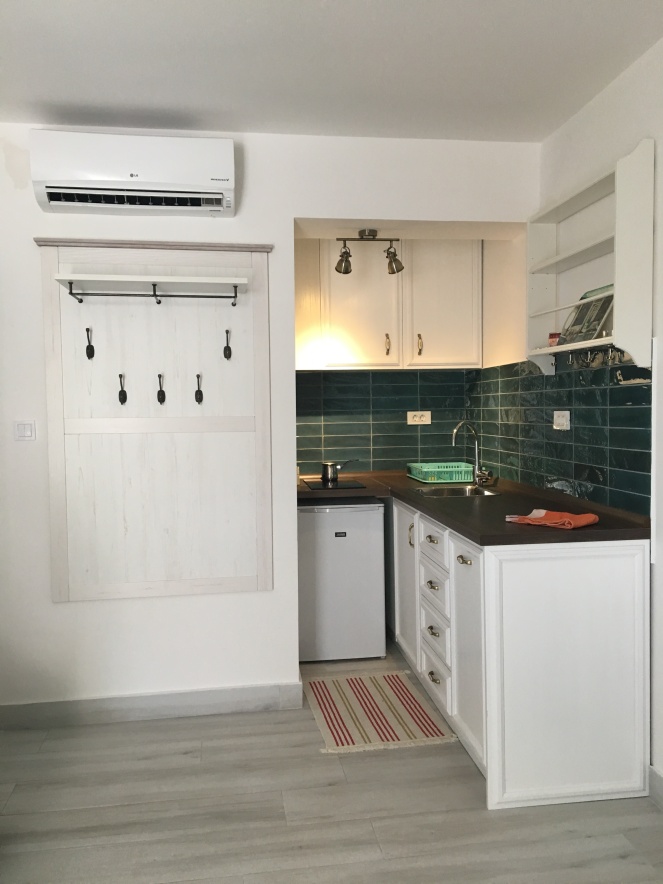 In the end I did book one, but it was a bedroom/bathroom with a shared kitchen. In all honesty, I booked it for the view from the balcony!

But it kept bugging me that I didn’t like it, so I browsed AirBnB for a while. I’m sure I looked at what felt like hundreds of properties, but it got quite fun and addictive. But I already had my flight booked, so my dates were set, it was just 2 of us and I knew my budget, so I could easily filter through them. 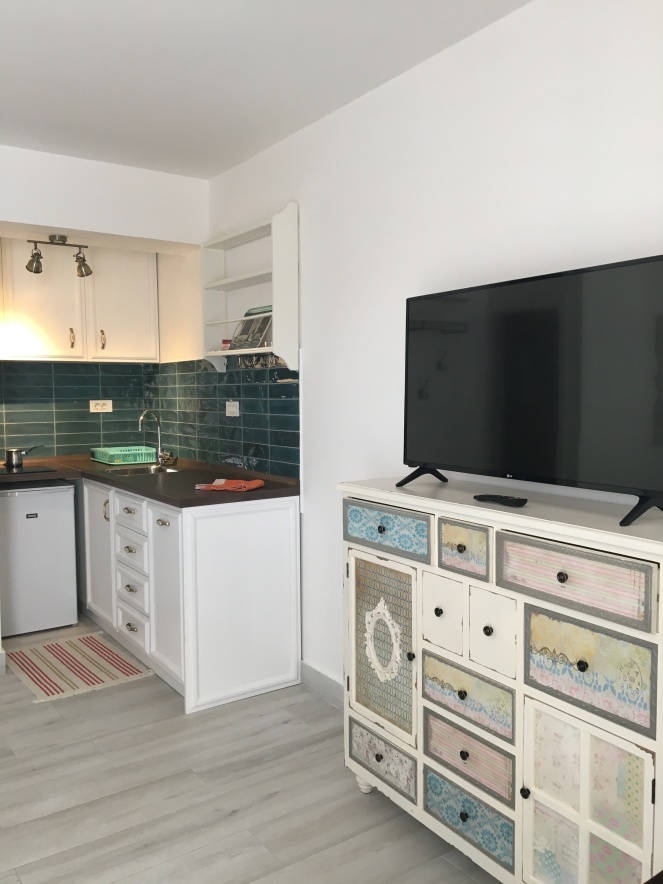 In the end, I booked one. I signed up to the website, and you have to make a small profile and upload a photo of yourself. There is a nightly fee plus a cleaning charge which is then added at the end, so make sure you check the final amount before booking!

I’m not going to lie, I was a little daunted at handing all my money over to a stranger for a room! The money went out quite quickly too, and I had visions of there being not an actual room! But I knew it was a big company, I had email confirmation and a profile with a confirmed booking, so I was going to create hell if it was fictional! 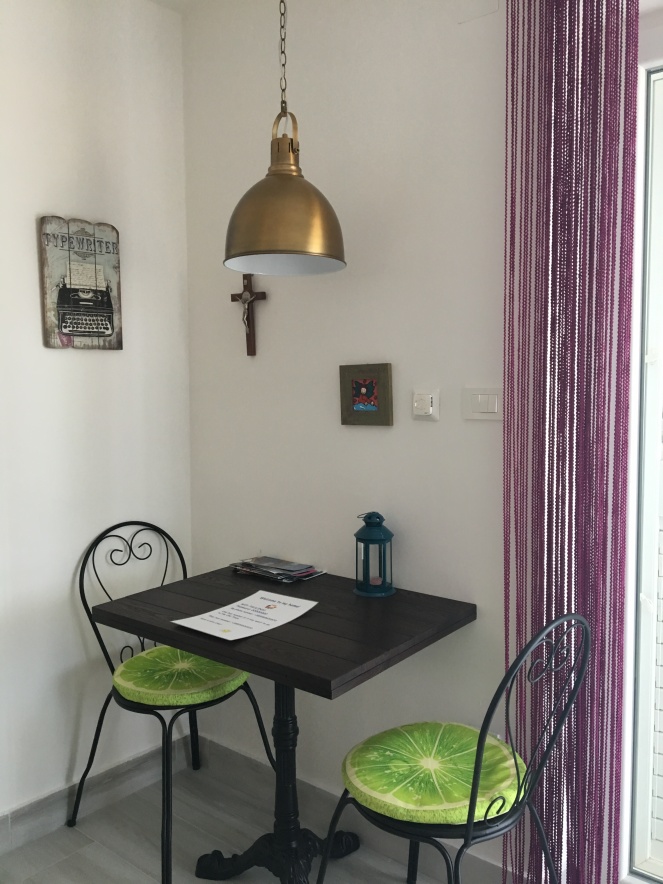 I messaged the owner asking about how far it was from the airport, and she replied with the time and also an offer for someone to pick us up (for a fee). We discussed it, and as we had a late flight, we didn’t want a normal taxi to be driving around for ages getting lost, so we did go with her suggestion.

I also had my name on a sign for when we arrived (I’ve always wanted that for some reason! Anyone else?!). The driver (her friend?cousin? I don’t know!), was friendly and polite and had a nice clean Audi. When we got there, he let us in and that was it. There was a laminated sheet with her name and number and which bus to get. 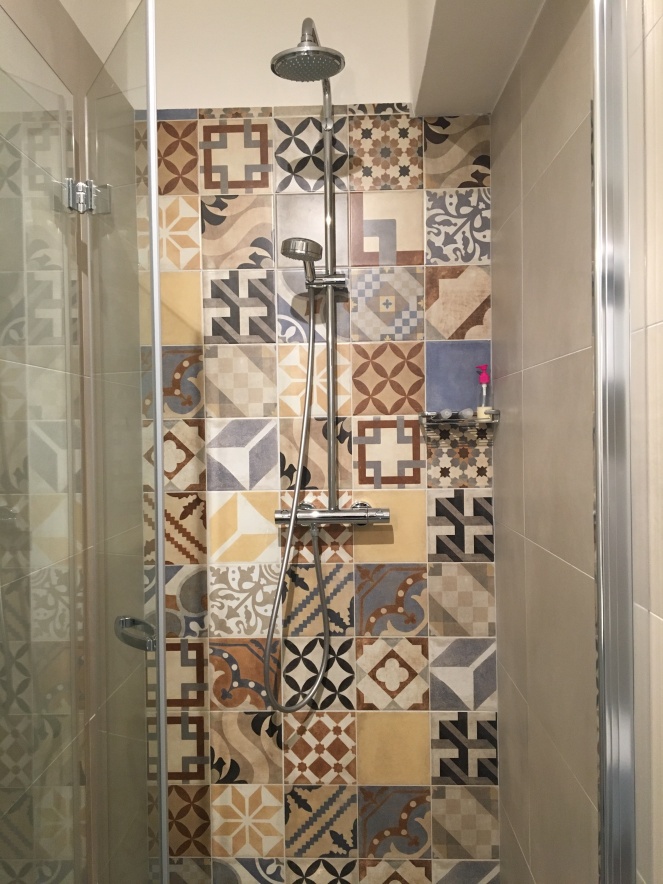 I would have liked to met the owner, as we didn’t know where the bus stop was, where everything was kept, what to do with bins etc, or leave keys on last day! She did text me on the last day saying sorry she didn’t get to meet us, so I’m not sure if other AirBnBs you do meet them at some point?

It was cute though, it was a studio apartment, with a kitchen, bathroom and a big balcony. The balcony has table and chairs, a swinging seat and some plants. You did have to walk up about 11 steps as she was on the first floor (this was mentioned in the advert for the place which is nice for future guests). She said it had recently been decorated, and it looked and felt clean and new. The photos was true to what it looked like. 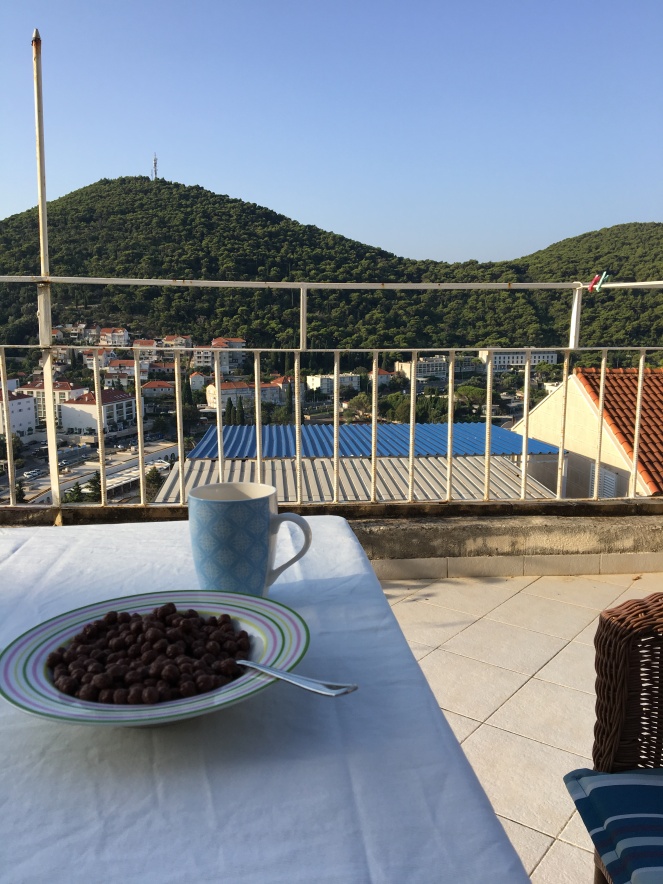 Once the holiday/stay was over, (I didn’t realise this), but she left me feedback as a guest on my profile, and then I left a review on her place. I guess its like eBay – everyone can learn from each other then!

I did really like the AirBnB, the process was easy and I would definitely use it again! How about you – have you used it? Found any amazing places to stay? 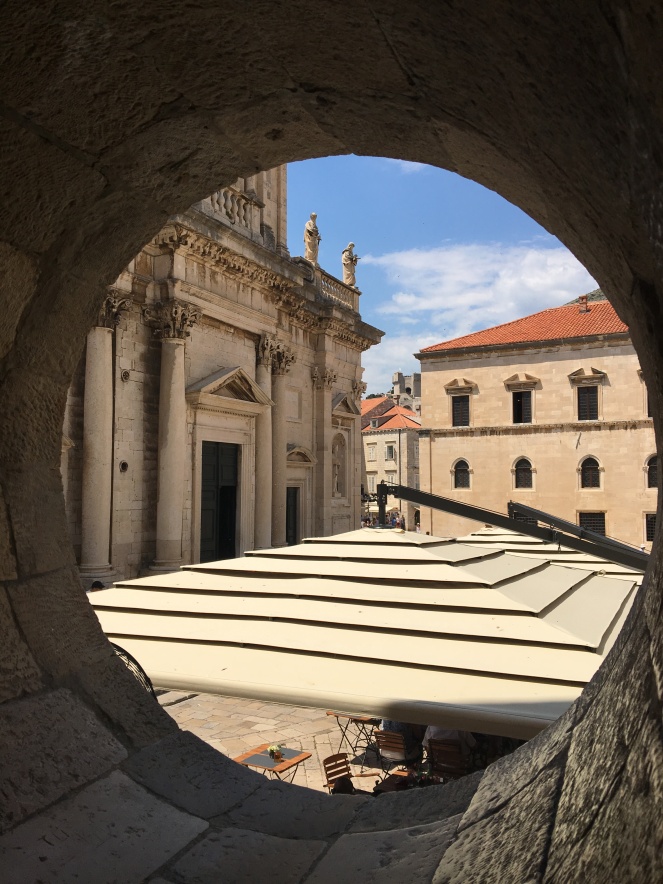 I’ve just recently returned from a five night trip to Dubrovnik. Croatia has been on my list for several years now, and finally I can tick it off the list!

Its a small country, about four million people live there, and it lies all along a coast alongside the Adriatic Sea (for geography wise – on the world map, think of the sea to the right of Italy).

It’s a pretty place with lots of views, I also learnt its very hilly, steep and tons and tons of steps, I felt like I got a 5 day workout!!

Whilst there, we went to the Old Town Dubrovnik, this is really cool and no tourist should exclude this off the visit list. It’s a high walled town, so no cars, lots of narrow walkways, cobbled pathways, (more) millions of stairs, hotels, restaurants and people live there. At the back is the harbour, and it’s also a famous filming location. Game of Thrones films the Kings Landing and various other parts there, (there was plenty of walking tours you could do, but we opted not to). It felt so historic, and modern at the same time, and you could spend hours just walking and looking around. 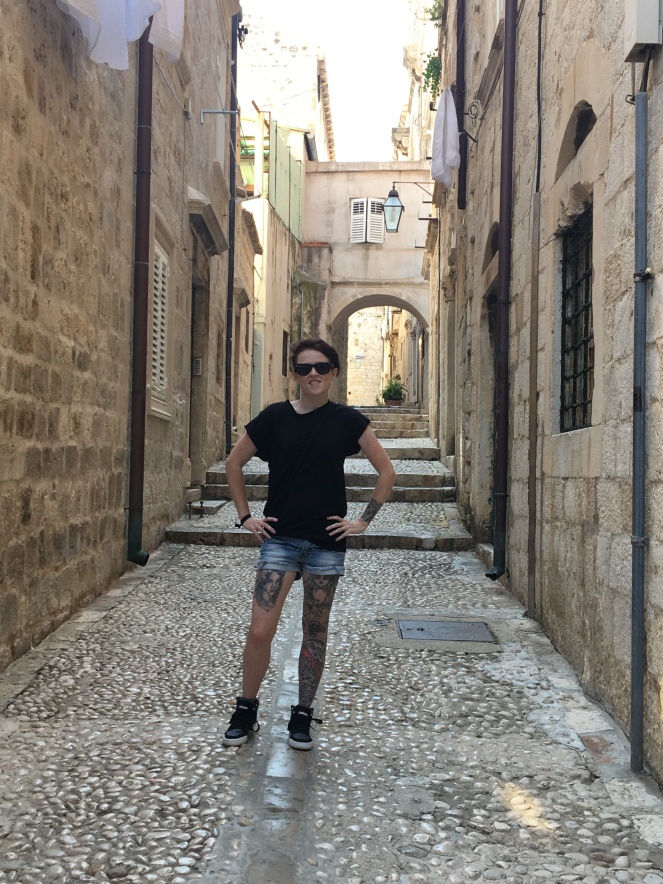 I am glad we didn’t book a stay there though – one for not having to carry a case around and finding it, but two the views probably wouldn’t be as good.

We also paid for the return trip on the cable cars, which (obviously!) gives you great views. You can see old town and Lokrum. 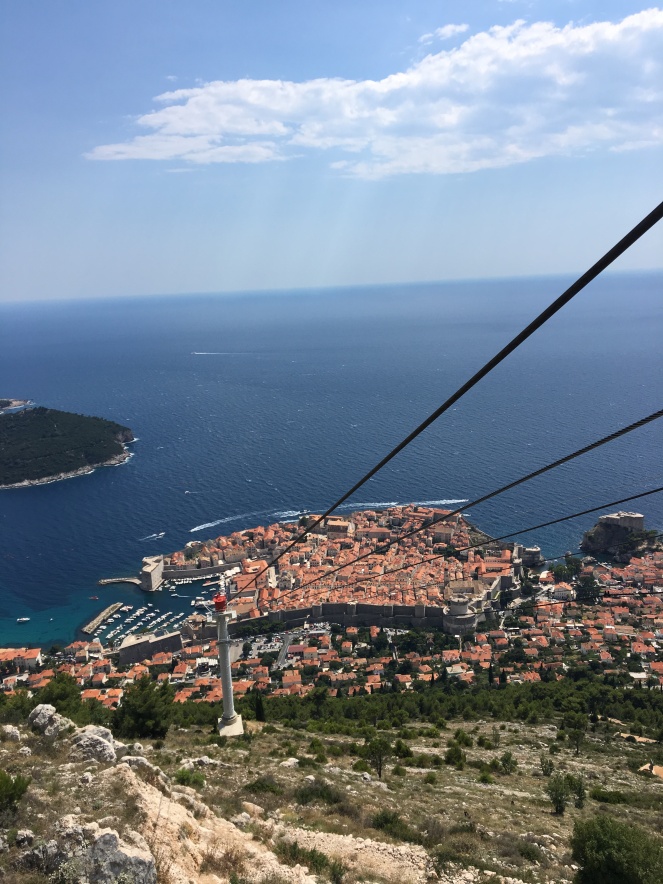 Another day, after a lazy morning we took the boat to Lokrum, which is described as     “a beautiful, forested island full of holm oaks, black ash, pines and olive trees, only a 10-minute ferry ride from Dubrovnik’s Old Harbour”. I did learn whilst there it was inhabited by monks for years and they put a curse on it?! I’m not a very outdoorsy person, and I didn’t particularly want to hike in the baking hot sun for hours! But we did a little walk, found a nice spot to rest, saw the tame bunnies and peacocks, walked round the botanical gardens and had lunch etc. 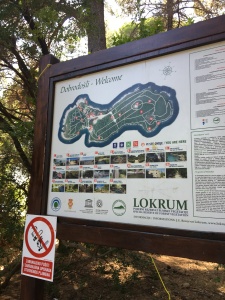 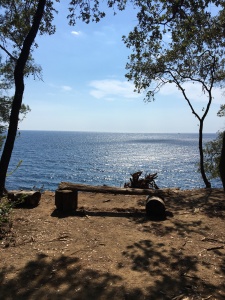 We also did a 12 hour day trip to Bosnia and Herzegovina – which I will do another blog post about.

Another day we popped to the local beach, which was Sunset Beach, I wanted to rent a cabana, but they was all gone! We didn’t stay long, as it was busy and it was super hot, and we don’t sunbathe. I also found a bar in a local hotel – which was very cool as it was a cave bar! They found the cave during the construction of the hotel and decided to keep it as a feature. So we had a cocktail and a look round. 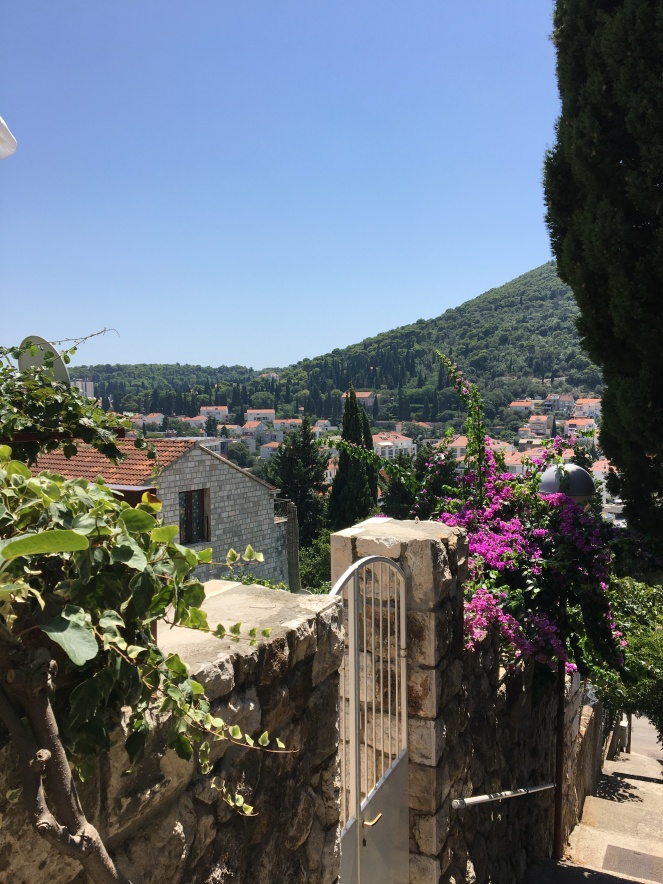 We also did the usual of buying some food, taking it back to the room, eating and drinking on the balcony. I managed to read a whole book. We sat out of an evening and listened to the bars from a few levels down by the beach and looked at the stars. It really was needed, and I could have done with another day! 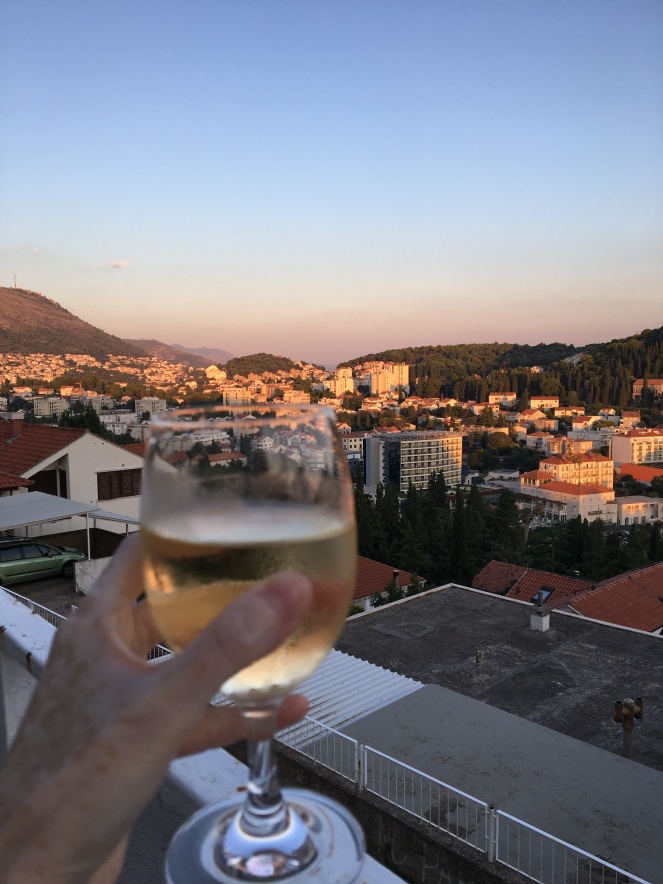 Overall, I really did enjoy Dubrovnik, it felt like a city break as there was the built up tourist area (old town) but also a proper summer holiday, as the weather was so nice, the vibe was chilled, I felt completely safe and unpressured. There was lots of tours to do, I was eyeing up a boat tour of the elafiti islands or a wine tour day!

Only thing is – it’s not as cheap as I think we think it is! Before I went, I spoke to someone and he said when he first went years ago it was mega cheap and great value, but now they’ve got wise and increased prices. We literally spent every penny we had (and used our cards for uber/tour!).